A unique hotel in Andros … a breath away from the beach!

The Monastery of Zoodochos Pigi in Andros is the largest monastery on the island and is located between Gavrio and Batsi. The year of its foundation is a mystery, but it is believed that it started as a school in the Byzantine era and in 842 AD it was established as a Christian monastery. However, a date written on the back of a unique silver icon attests that the Monastery of Zoodochos Pigi in Andros was operating in the 14th century.

The fall of the Monastery of Zoodochos Pigi in Andros began when the Franks left the beautiful island. However, in 1578 it was restored by monks and “lived” years of prosperity and glory. The monk Ioannikos, a member of the friendly society, continued the work of his predecessors and built new cells, spending his property and that of the monastery. By the end of the 17th century, the monastery had 100 monks and in the following years, the population was divided. 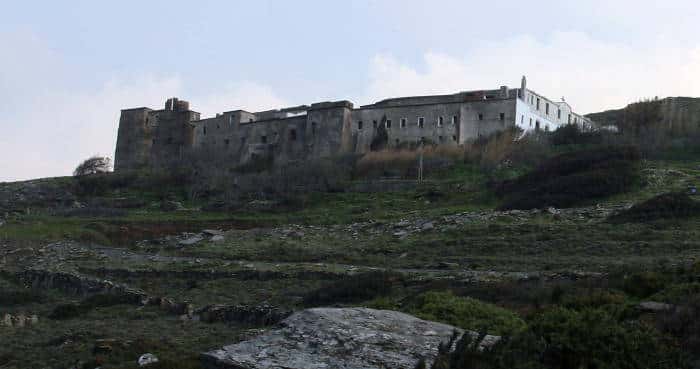 The myth behind the foundation of the Monastery of Zoodochos Pigi is a true miracle. As the story goes, further north from the site of the monastery, workers were building another monastery. Every night, when they stopped their work, all their tools were disappearing, without anyone knowing who took them. As the days went by, quite close to where the monastery was being built, a thirsty, visually impaired old man was looking for water. Suddenly he saw a goat in front of him with a wet beard and knew that there must be a spring nearby. The old man then followed the goat’s footprints and located the spring.

Out of nowhere, a woman appeared in front of him and he told her that he could not see her clearly because of his vision problem. Then, the woman urged him to wash his eyes with the water from the spring. Miraculously, his sight returned and the woman revealed to him that she was the Virgin Mary. She asked him to go to the workers who were building the monastery and tell them to build it to the location of the spring.

In 1928 the monastery was converted into a women’s monastery and remains so to this day.

Castle of Faneromeni in Andros

The Castle of Faneromeni in Andros is the largest medieval town on the island, but it also shows traces of Rom

Monastery of Zoodochos Pigi in Andros

Chryssi Akti was a part of an exclusive group, ranking among the top 10% of listings on Tripadvisor, winning

Chryssi Akti, once again, swept the awards at the Travelmyth Awards 2022, despite the difficulties caused by

A year full of challenges As we all know, the past year has been full of difficulties and challenges for

Guest Review Award 2019 by Booking.com It is very important for us to be acknowledged for our efforts to

Guest Review Award 2018 by Booking.com It is important for us to continuously increase our rating on the webs

Merry Christmas & Happy New Year! Enter this new year with gratitude for this new chance to create your d

Guest Review Award 2017 by Booking.com  For another year we are proud to be acknowledged for our efforts with

3.000 Facebook Likes milestone | Thank you for your support Just a few days ago we reached 3,000 Facebook lik 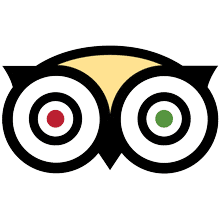 “Beautiful experience” • First of all the hotel is well situated … 10 steps and you’re on the beac !!! So you’ve got the proper view, if you choose the sea view or the side sea view rooms . Helpful staff, clean, full breakfast and modern facilities or newly renovated. Very reasonable prices!!! 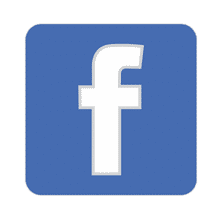 “This hotel represents value for money” • A clean hotel, with great view from almost every room, nice clean pool, awesome breakfast, generally nice rooms, polite and friendly staff. Next to the sea and all the shops! We had a perfect accommodation  and will definitely revisit.

“Next to the sea!” • This hotel is next to the beach … The clean room and communal areas gave us a very good impression. But what impressed us most was the service, the kindness and friendliness of the staff! Thank you!

“Ideal” • Very good hotel situated in a privileged location, just meters away from the sea and near to the center of the village. It has excellent pool offered comfortable for use by young children and adults. Has an airy terrace and a beautifully decorated living room that exudes a pleasant feeling …

One of the best, if not the best, accommodation in a hotel room ever.  Excellent staff, friendly, polite and helpful, always with the best intention to help us whatever we asked for! Regarding cleanliness, I have no words … on a daily base and everything was shining, clean towels every day! Even the communal areas of the WC and the pool … Thanks for the great hospitality !!!!!!

“Great Accommodation” • We went again and again, our kids enjoyed and when children are happy parents are happy too. Cleanliness, professionalism, family safety,  sunset on the hotel balcony with wonderful coffee.Highly recommend for sure. Happy holidays in the wonderful Batsi in Andros.

“Ideal for families!” • Really ideal for families, clean, near the sea with an endless beach, quiet, polite and helpful staff , a breath away from the center of Batsi. Very reasonable pricing. What else can you ask for?